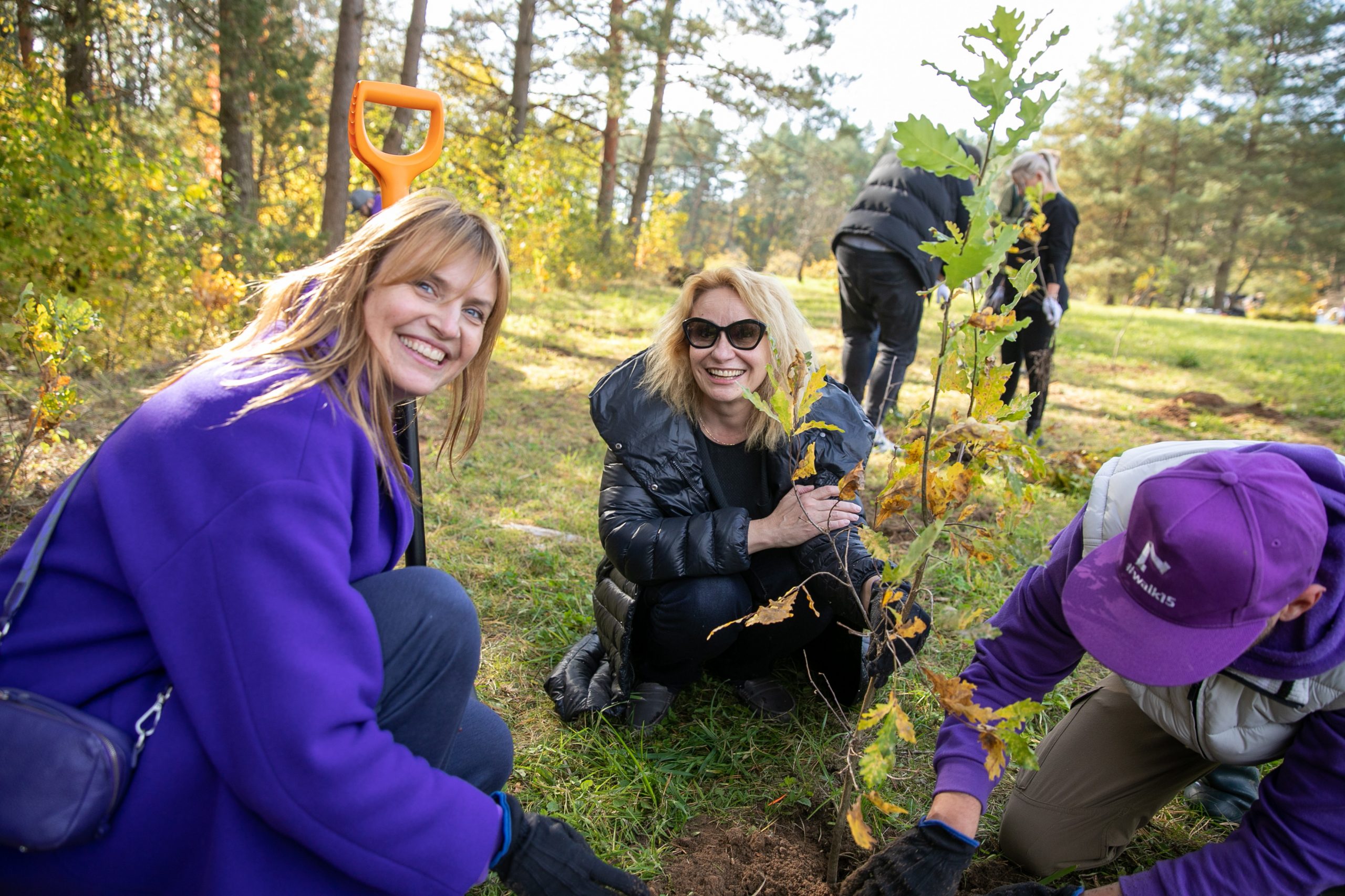 In the spring, the insurance company ERGO, which is celebrating its anniversary, invited people to participate in the special steps challenge “A thousand reasons to walk with ERGO”. The company promised to turn steps into real trees! This fall in Verkiai and Pavilniai Regional Park, Ožkinių Street, foresters, with the help of ERGO and #walk15 volunteers, planted 5,000 oaks and other trees. This challenge, according to the organizers of the initiative, contributed not only to the creation of a beautiful environment but also to the promotion of community health.

According to Tadas Dovbyšas, head of ERGO in Lithuania, users of the #walk15 mobile walking app have been invited to walk and grow virtual trees for more than half a year, thus raising awareness about personal traces left in the environment. Motivating the residents to walk, the company committed to making virtual trees real – to plant them in a special place in Vilnius.

The goal of collecting 4.2 billion steps was set first, but it was far exceeded. More than 10 thousand people who joined the challenge expressed a desire to grow as many trees as possible, thus illustrating that the environment in which they live matters to them.

“Planting trees in Lithuania is no news – our people have always felt favorable to nature and tried to live in harmony with it. However, today, the fact that oaks and other trees will be planted instead of the old garages that used to be here makes even more sense. The grove growing in Verkiai Park will become a significant change for the face of the city and biological diversity and will help us to implement one of the company’s goals – to take care of Lithuanian forests,” says the head of ERGO in Lithuania.

Vlada Musvydaitė-Vilčiauskė, the founder and CEO of the app #walk15 emphasizes that by walking, people could not only grow virtual trees and thus take care of nature, but also improve their health. This is especially significant in the face of a pandemic.

“We have lived in difficult conditions for a long time. Isolation and uncertainty about the future have caused a lot of emotional difficulties and stress. It is no secret that active leisure activities help to deal with them. Therefore, this initiative not only helped to achieve synergies with nature but also led to the improvement of people’s health,” says one of the organizers of the challenge.

The shareholder of ERGO, one of the largest reinsurance groups in the world, Munich Re, also made a significant contribution to the initiative. Its support allowed 3,5 times increase the number of trees planted. 50 ERGO employees contributed to the voluntary planting of trees.

“It can be said that the grove planted in this place is a gift for all of us. Perhaps such a desire to contribute to the common goals is also one of the secrets of our success, which has helped us grow up to a solid anniversary. And as you grow, there are more opportunities to share with the community,” says the head of ERGO.